About two years ago, after one of Vladimir Ashkenazy’s concerts at the Royal Festival Hall I was talking to him about a piece that is especially close to my heart, the rarely performed Fantaisie de Concert by Tchaikovsky. He agreed with me that it is a good piece that's unjustly neglected and said he would see if we could perform it somewhere. I soon learnt that, unlike many of his colleagues, Maestro Ashkenazy keeps his word and an invitation to perform the concerto with the NHK Symphony Orchestra followed shortly after.

Having started working on the piece in earnest, I realised what I got myself into - the hauntingly beautiful, passionate 10-minute cadenza right in the middle of the 1st movement is ablaze with virtuosity, note-spattered page after page of alternating types of technique building up to a huge climax of such powerful, but awkward octaves (Tchaikovsky’s favourite pianistic device, as it seems) that both Rach 3 and Brahms 2 feel like easy pieces in comparison. Tchaikovsky was a great composer, but not a great pianist. His piano writing is often quite “unpianistic”. Great pianist-composers like Liszt, Chopin or Rachmaninoff wrote passages, which fit the hand perfectly and produce maximum effect with minimum effort. Great composers, who didn’t know the instrument as well, often did the opposite. I arranged to perform the Tchaikovsky at the Teatro Colon in Buenos Aires to make sure that by the time I performed it in Tokyo I had tested it in front of an audience.

I arrived in Japan 9 months later. Despite having been there several times, it was during this visit that I was particularly impressed by the pervading order and strong work ethic. I find it refreshing that Japan has no tipping culture. Everyone seems to be trying to do their best, from a shop assistant wrapping your purchase in an extra layer to make sure it’s not ruined by the rain outside to a piano technician, who is on stand by the moment you enter the building and is still there when you are leaving. Talking of the latter, when I asked Mr Takashi Saitoh, the technician looking after the NHK Hall Steinway, if he could make some adjustments to the piano action, he simply replied “Of course”. I don’t remember when I last received this answer from his European or US counterpart. I’m more used to the response “What if the next pianist will not like it?”, even if the piano badly needs regulation. He came up to me both after the rehearsal and the concert to make sure everything was to my liking… It certainly was.

This attitude was also obvious when working with the NHK Symphony. When I arrived at their studio, the lovely Kaori Takagi, their Artist Manager, came out of the building to greet me and throughout my whole stay in Tokyo really went out of her way to help, even if it meant lending me her own money when I didn’t have the time to find a currency exchange.

The orchestra sounded good from the first note. There was only one tricky syncopated passage in the Finale where the brass section were not quite together. I was surprised that Maestro Ashkenazy hardly mentioned it and did not even ask them to repeat it. I later understood why – at the next rehearsal the troublesome spot was absolutely perfectly executed, so they had obviously been aware of it and rehearsed on their own.

When I was called from the rehearsal room to the stage for the first performance to find that the piano was not yet in position, I went to my dressing room and used a hairdryer to keep my hands warm. I received a sincere apology for the premature call and at the second performance I noticed a hairdryer specially left on a little coffee table by the entrance to the stage, should I need it.

Perhaps the inevitable side-effect of such thoughtfulness and attention to detail is that as much as possible has to be planned in advance, even the soloist’s encore. I didn’t know myself whether I would be doing one, but the orchestra administration insisted on knowing if there would be one and if so, could it please be 3 minutes or under, due to the strict trade union regulations prohibiting musicians to be on stage for longer than 2 hours! I had to commit to a piece and assured I would never try the musicians’ patience for more than 3 minutes. I kept my promise by playing Felix Blumenfeld’s "Etude For The Left Hand Alone".

I have to say that Maestro Ashkenazy is not only one of the greatest musicians of our time, but also one of the most gracious human beings I’ve met. I can’t thank him enough for being such a supportive and magnanimous conductor to work with. When I told him so, he replied: "I know how difficult it is to be an instrumentalist!"

One day, when he and Kaori were about to start their lunch, chopsticks already in their hands, I happened to drop by and asked where I could buy such beautiful sushi. The chopsticks were immediately set aside, Maestro declared that he needed to practise a bit more anyway, so could wait for me, and Kaori escorted me to the store to help choose the right kind of sushi and to make sure I didn’t end up in some remote district of Tokyo (she quickly noticed what all my friends know – my total lack of sense of direction).

No musician wants to be rudely awaken on the morning of a performance by some prankster lifting and shaking his bed. When someone was doing that to me on the morning of my second concert I was ready to jump out of bed and confront the idiot, when I noticed that the ceiling was also moving and squeaking strangely. Then it dawned on me that it was an earthquake. It happened near Tokyo and was a magnitude of 4.9, but it felt as if it was right underneath my bed. Apparently, earthquakes can be vertical or horizontal. This one was obviously the latter. If one has to experience an earthquake, this was the best way to do so and I am grateful for this gentle “taster”.

Walking down the long hotel corridor to breakfast on my first morning, I was treated to the beautiful sound of birds. I was trying to find where their singing was coming from only to realise it was being played through the speakers. I thought to myself that perhaps the reason the Japanese hold Western classical music in such high esteem is that they generally like harmonious, pleasant sounds (Karaoke being an exception, of course). Another interesting observation I made at my hotel was that most bellboys were young, petite women.

Despite having to practise quite a bit, I was lucky to be able to see some of my old friends. I was very sad that the man, who orchestrated my previous visits to Japan and who became a very dear friend, Mr. Ryoichi Yokomizo, didn't live long enough to hear me play on this occasion - having passed away a few months prior to my visit. I was delighted to reconnect again with his widow and one of their daughters at one of my concerts and at lunch the following day.

I only left myself one day in Tokyo to try to have some cultural experiences, so I chose to go to see Kabuki Theatre. It was unlike any other theatre production I had seen. As in the theatre of Shakespeare's times, female roles are also played by male actors. The performance is very stylised and the actors speak very slowly. During one such slow dialogue, followed by a long pause, the narrator commented: “Hardly did he finish his speech when he was immediately interrupted!” It was a revelation to me that Kabuki performances have not only dancing in them, but can also have aerial acrobatics.

Given the limited time of this visit, my culinary experiences were not as extensive and adventurous as I would have wished. The first night I ended up in a good Korean meat restaurant. Making sure that I have some authentic Japanese food on the second night, I looked up in Trip Advisor a highly rated restaurant in Meguro area called “Tonki”. When I entered the restaurant, I saw a spacious room with wooden floors, an open kitchen right in the centre of it and about 10 chefs cooking in front of the customers seated at wooden counters and on wooden benches around the kitchen. The moment I entered, one of the patriarchs of this establishment shouted something to me in Japanese. He then showed me a card with two options written in English: lean pork (hire-katsu) or fatty pork (rosu-katsu). I told him I wanted hire-katsu. He nodded and I joined the long queue. The man must have an astonishing memory, as he remembers exactly who came when and whose turn it is to sit at the counter when it becomes available. The pre-set meal was very simple, but tasty and consisted of the fried, breaded pork with finely chopped lettuce, miso soup with pieces of pork floating in it and sticky rice. I made the mistake of trying a tiny bit of mustard – it nearly killed me and it took a big bottle of Kirin to recover my palate.

Another great gastronomic experience was the restaurant “Sushizanmai” in Ginza. I went there after the show at the Kabukiza Theatre and was lucky enough not to encounter any queue. I sat at the sushi bar, so was able to see the chefs working their magic. I am a big Nobu fan, but this sushi was certainly no less delicious and far less pricey. The chefs cheerfully shouting something to each other and to the waiters in well-trained “Ian McKellen” voices contributed to the great atmosphere of the place.

Spending an evening with the Ashkenazys at a beautiful Italian restaurant "La Bisboccia" was a special treat. The owner greeted us as old friends. They certainly were, as their photo was proudly displayed on the wall. So was the photo of Zubin Mehta dining there. The food was delicious and sophisticated, but what made the evening especially memorable for me was the delightful company and the conversation. We talked about the great musicians of the past and the impression that they made on them artistically and personally – I grilled Ashkenazy about the likes of Sofronitsky, Richter and Horowitz. Inevitably, the conversation was also drawn to Russia.

All in all, this was a very enjoyable trip, both professionally and personally. I only wish I’d had more time to explore the culture and traditions of the people of this fascinating country. That said, travelling is always more fun when you have someone to share your impressions with. I was happy to be back home. My 2-year-old son’s happiness at seeing me was manifested in an unexpected way: he was marching up and down chanting “No more Tchaikovsky!” I wonder who taught him that…

No posts published in this language yet
Stay tuned... 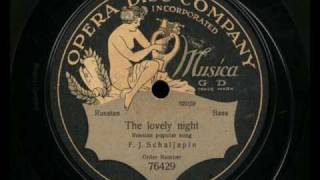 What is the Russian Piano School?

My Trip To Antarctica